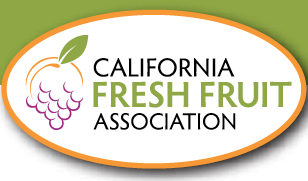 Nearly 80 years after its inception, the California Grape and Tree Fruit League announced they are changing their name to the California Fresh Fruit Association to better reflect the growing diversity of fruit its members grow.

The new name was proposed as part of a five-year planning mission to better align the group with its goals to represent noncitrus fruits grown in California.

The association stated in their announcement that “Members were approached by the Board of Directors to consider a new name that would encompass more of the commodities it represents, such as fresh grapes, blueberries and deciduous tree fruits including: peaches, plums, apricots, nectarines, pears, apples, cherries, figs, kiwis, pomegranates and persimmons.”

The name change will be officially presented during the group’s Annual Fruit Delivery today.

The group has a long-standing partnership with Northwest growers, says Northwest Horticultural Council president Christian Schlect. “We have worked closely with the California Grape and Tree Fruit League on many common policy issues — ranging from immigration reform to agricultural chemicals to foreign market access. Barry Bedwell, who leads the newly named California Fresh Fruit Association, is a good friend of mine and a leader in our nation’s produce industry.”