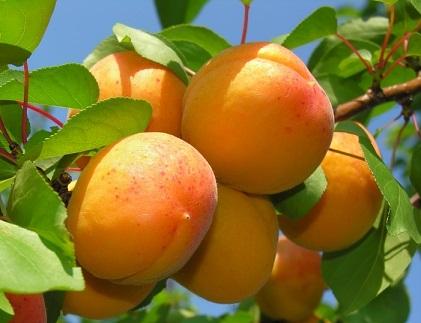 Sustainability and food safety are going to be two of the most pressing issues facing the Californian produce industry in the coming years, according to one grower representative body.

A representative of the California Fresh Fruit Association (CFFA) – formerly the California Grape & Tree Fruit League – told www.freshfruitportal.com a packing company’s voluntary recall of stonefruit at the end of July amid concerns it was contaminated with Listeria was a ‘wake-up call’ for the sector.

“This is something we have not seen previously. We’ve always known that we were not immune and we considered ourselves extremely low risk,” said CFFA president Barry Bedwell.

“We still consider ourselves low risk but we see this as a wake-up call that food safety is going to impact every sector of fruit and vegetable production and we’re all going to have to understand what we have to do make sure that pathogens are not present on these fruits.”

Bedwell added that in addition to making sure the fruit is free of any harmful microbes, a key challenge was going to be finding the best way to separate detection of pathogens from real risk.

“In other words, too many times I think right now any detection is equated to risk,” he said.

“Our ability to detect pathogens has improved – science has continued to improve to the point where we went from finding bacteria in parts per million to parts per billion, and sure at some point be parts per trillion.”

Some countries set tolerances for what they consider to be the safe level of pathogens detected while others do not, but Bedwell stressed that what he was trying to do first and foremost was make sure consumers had confidence in the products California produces.

“The last anyone wants to do is see anyone get sick. And in the case of this voluntary recall it should be made clear that at this point in time there are no confirmed illnesses – this was a precautionary recall and we hope that as we look back on this it will be viewed as being done with an abundance of precaution to protect consumers,” he said.

“We all have to understand, I think, when there is real risk, but also to emphasize just as importantly the good management practices that will prevent and give consumers as well as retailers confidence.”

Bedwell explained these risks weren’t just limited to certain crops or parts of the supply chain, but ‘every corner of fruit and vegetable production’, regardless of the company’s size.

“I don’t see it as changes, but I see it as renewed emphasis to make sure that we’re paying attention to those good management practices,” he said.

“We want to make sure that every grower, every packer, every producer – whether you’re big or small, because pathogens don’t recognize the size of an operation – that everyone has to be on the same page and that we’re following the best food safety practices possible.”

Along with ensuring consumers have complete confidence in Californian produce, Bedwell said making the state’s industry as sustainable as possible is going to be essential for the future.

California is currently experiencing a severe drought, and many have raised fears that the groundwater supplies are being used up far too quickly and will no be able to last another couple of years at the current rate should the dry weather continue.

In a bit the bolster the state’s water supply and infrastructure, Californian lawmakers have proposed a US$7.5 billion bond that will now be voted on by the public in November.

Bedwell echoed Western Growers’ and California Citrus Mutual’s praise of the deal, saying it looked far better than the previous US$11 billion proposal that did not allocate a sufficient proportion to the construction of water storage facilities.

“We think that this is a very realistic and valid opportunity to pass a meaningful bond that will result in real water. The fact is we all know that we’ve neglected our infrastructure system,” he said.

“Our main concern [with the previous] water bond was the amount set aside for storage – that number in this bond is $2.7 billion which represents about 36% of the entire $7.5 billion in the bond.

“We look at that as a benefit. The original bond that was set to go on that ballot earlier – an $11 billion bond which quite frankly did not look like it had the overall support to be passed – we had $3 billion but that represented 27% of the bond.”

Bedwell described the increased proportion of money set aside for water storage as a ‘positive development’, and said he would work with the state governor and administration to do everything he could to pass the bond.

The US$2.7 billion would fund construction of Sites Reservoir in Colusa County and Temperance Flat Dam on the San Joaquin River, which could be used to refill groundwater supplies during wet years.

“Right now in the drought we’re producing most of the fruits and vegetables by pumping underground water,” Bedwell said.

“We’re lowering the water tables – we know that long-term without additional surface storage that can be distributed in wet years so we can recharge the groundwater tables, the current course of action is unsustainable.

“These two dams with help with the interactions between necessary groundwater recharge that we will need in the future, so that we have the ability to distribute water when we have it. So it’s a very important component and one that should always be thought of in conjunction not just with dams and above ground but what we do with it to recharge our underground aquifers.”